Hey Editor, fite me. I’m posting this time, so you can’t leave a sassy comment on my column.

We officially have our unofficial champion of the West.

We can finally assume the LA Guardians are the best team in the West.

Okay, that’s better. I’m still a bit confused about how the MLQ West works, what with three and a half teams playing in it.

As much hope as I have for the Argonauts once they’re unleashed against the rest of MLQ on championship weekend, I don’t have high expectations for them when they face off against the Guardians. LA managed to beat Salt Lake in quaffle points in two out the three games, something San Fran also managed to do. What San Fran was unable to do though, was break the game out of range and eliminate the end game threat of Dan Howland and Edgar Pavlovsky.

Quick note on those two seekers: they have pulled to win every single time their team has been in range. It’s hard to blame Margo Aleman for that; he did break his face open during Beachside Brawl. Even if he may claim to be completely ready to play, it’s hard to not assume he’s a half-step behind peak performance. 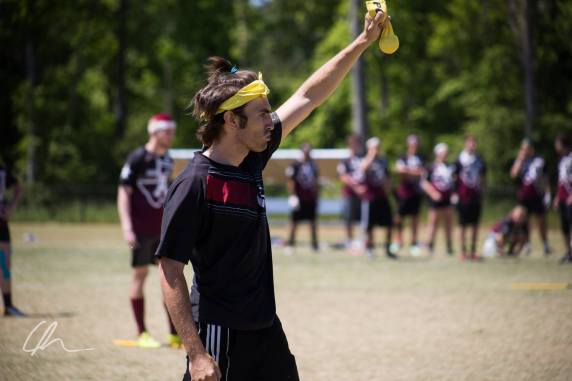 In this weekend’s games, it didn’t matter. LA took the series 2-1, putting it at a presumptive 8-1. As good as San Fran may be, I can’t see its quaffle game matching up well against the Gambits/Lost Boys/Friends lineup, and Margo has over a month to heal. Peak Margo is still the best seeker in the West, and if the Argonauts had trouble with the Hive, I can’t see a scheernario where they have, as Kevin Oelze so nicely put it, a win condition to really fight for.

Phoenix creates a problem. A proper Sol team may be able to challenge its NorCal opponents, but as far as I can tell there just isn’t one. Even if Phoenix has managed to cobble together enough of a roster to make its game against San Fran next weekend, then I fully expect the Sol to get outrun, outhit, and outplayed. Its opponents have simply had too much time to gel for a roster of unfamiliar teammates to gain enough traction to eek out a win.

What happens if Phoenix is still stuck with its roster of 12 players? Does it get another reschedule, or will it be forced to forfeit 150*-0 for all three games? June 25 would be its home series, so this is the best case scenario for its team to show up.

Even if Phoenix has a “full” team of 12, rather than the eight it reportedly was able to bring to LA, who’s to say it won’t only send eight to the MLQ Championships? Its games were rescheduled for safety’s sake, and MLQ Championship weekend will only be more physically demanding. It may be time to put a contingency plan in place if Phoenix’s worst-case scenario plays out. The only question for that is where a potential replacement would be based, which is dependent on what area can rally a semi-decent team together on such short notice.

The most logical solution there would be a second team in LA. During the USQ season, 10 different teams call the greater LA-ish area their home:

Forgive me if I missed any others, I was going off the official USQ map as reference, which we know is only as reliable as the people who update it. The only other location with similar team density is Boston, but none of the MLQ East teams have shown any signs of collapsing, blocking any need to consider a replacement team in that region. It won’t be pretty, but LA could handle a second MLQ-caliber team better than any other location in the West. It’s basically the same distance from Las Vegas as Phoenix, and since Vegas doesn’t have the player density necessary to put together its own team on such short notice, it is unfortunately underprepared to make a play for a replacement team.

I obviously have bias as a West player not rostered on the Guardians. I’m aggressively competitive, and the thought of getting a chance to face off against my old teammates on the Riders and the Guardians is too enticing to ignore. If, with the publication of this column, Ethan and Dallas decide that I am not eligible to play for the replacement team, then I will accept that decision and continue to stand by the idea that if any team should replace Phoenix, even if it’s a temporary one year deal, it should be based out of LA.

One thought on “How The West Was Really Won”