*Update on the initial photo of Margo Aleman. It was mistakenly credited to Jessica Jiamin Lang Photography when it was, in fact, taken by Monica Wheeler Photography.

Editor’s Note: Although based on this site’s track record it should hopefully be obvious, this World Cup preview series is intended to be satirical in nature. In no way, shape, or form do the authors of this series intend offense or insult; we hope we have offered none.

Sarah Goad: We’re back with the final installment of FBI’s preview of the imminent 2016 Quidditch World Cup.

A quick refresher for those of you who missed our first two installments. Pools A, C, and D were evenly divided by the World Cup committee into groups of five, so we decided amongst the three of us who would take lead on which of these three pools:

The two remaining pools—B and E—have been divided into groups of four. Little logic or foresight went into who would take lead on these teams. In the end, we squabbled over who fangirled the most over which athlete from which country. In the second installment, we covered the ticked off countries below:

We interrupt you with roaring and chest-thumping. Sorry, international friends. We never said we were 100% unbiased. 😉 Joining us for this third and final installment is Ryan Sparks.

Ryan Smythe: Quick side note: *furiously waves Canadian flag* It may only last for a day, but Canada is sitting strong at #1 and I couldn’t be happier. *keeps waving flag until I pass out*

SG: I have never met Margo, but based entirely off quidditch photography: he is a precious, precious butterfly too pure for this savage world.

RS: He’s going to be 0-0 on SWIM catches, but that won’t matter. Honestly, the other teams should just be prepared to Mar-go home.

Bruce Donnelly: Oh. I understand why people want to be snitches now.

RS2: Look at that smile. Imagine how big the smile is gonna be when he’s holding his second World Cup trophy. 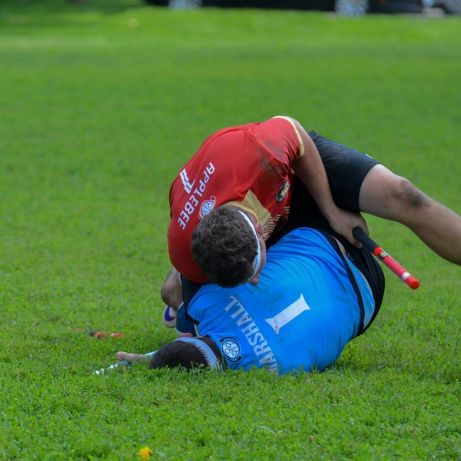 RS: I love Applebees. They have great burgers. 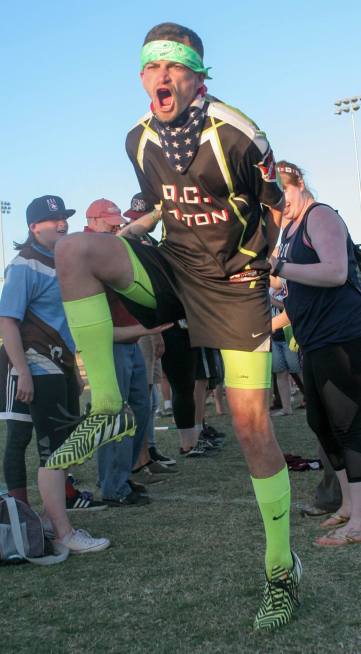 SG: Jayke Archibald—breaking hoops and smashing hearts since…eh, sometime in the past. Smythe says he’s dating a Canadian, so I bet that wins him some points with the Maple-leaf-branded member of our staff.

SG: Andrew, you are impossible to find on social media. You make my job nearly impossible. You may be invisible on the internet, sir, but luckily you aren’t invisible when you play, and Bruce managed to find pictures of you from Ball Brothers. So HA. Whatever dumb game you’re tryin’ to play with this 60-ish-friends-on-Facebook/six-pictures-only-and-none-are-quidditch-related whole bullshit deal you’ve got going on – YOU’RE LOSING, BUDDY. WHO’S THE IMMINENT WORLD CHAMP NOW.

BD: Yeah, boss. He is the one that’s gonna have the medal. We don’t get medals for shitPosting. Wait…do we?

RS2: HOW DARE YOU CRITICIZE THE LITERAL HUMAN PERFECTION THAT IS ANDREW AXTELL

SG: Julia is crazy good, but can someone please give me a valid argument on the legitimacy of KT tape? Because while it does draw the eyes to…important places, I’m pretty much of the opinion that it’s hoodoo nonsense.

RS: I can Baerly believe this is Jules’ first time on Team USA. I just want to see a highlight reel of her tackling the largest person on every other team.

SG: Bernie is such a nice guy, and he’s a genuinely good player. He’s got dat baby face on dat athlete’s body. I’m feelin’ this Bern.

RS: That’s the best tackling form I’ve ever seen. I’m going to start draping my legs over other people too. 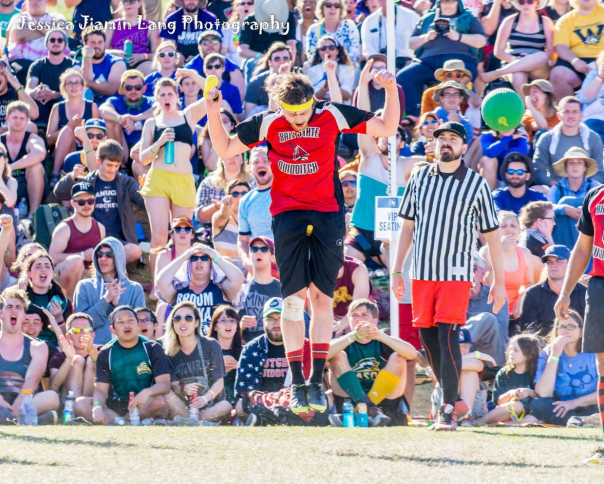 SG: Watching Ball State play at nationals this past season was one of the better experiences of my time in quidditch, and I definitely think I wouldn’t be able to say that as definitively without Jason Bowling. (Granted, I remember very little about nationals for…a variety of reasons, but Ball State slayed.)

RS: I don’t like this photo for reasons that should be pretty obvious, but goddamn does Jason have great hands.

BD: This photo is so majestic and glorious. It’s such a great representation of Nationals for Jason Bowling.

RS2: Jason shaved for World Cup, and I’m a little disappointed. But he’s also the first seeker to beat Texas at a national tournament since WCV, so Jason is a god. 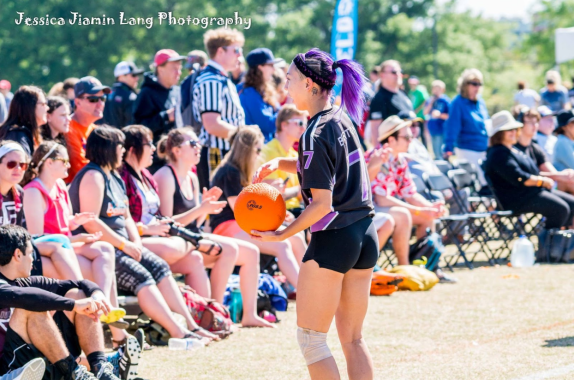 SG: Alyssa Burton, please be my wife. Yes, this is a real marriage proposal.

RS: I want to start some quidditch betting lines. Right now I’d start the over/under on number of bludgers Alyssa will steal at just over one per game. I have no idea how many games Team USA will play before they get the trophy, but she’s going to kick so much ass. 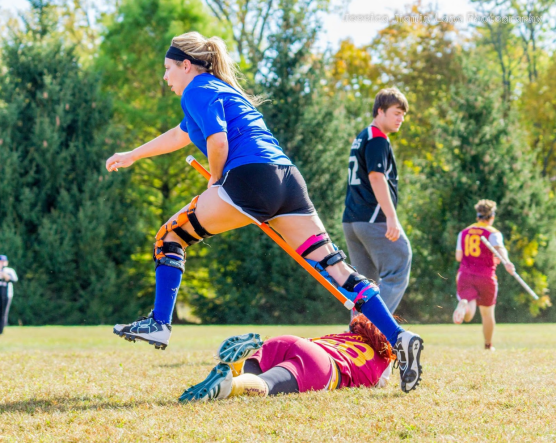 SG: Crashley is just so quintessentially COOL. Look at her fucking split-leaping over that fucking downed soldier, like, “Nah, bitch, I ain’t about helping you up after I knocked you down, I got MORE ENEMY BEATERS TO LEVEL.”

BD: Tbh, I have a major quidcrush on Crashley’s braces. If that’s a super power.

RS2: The all-American sweetheart. She’ll melt your heart off-pitch, and break your spirit on it.

SG: I bought a pin-up calendar of Stew from Kym Couch for a team fundraiser, and it will never leave my wall. I’m recycling it every year.

RS: How the hell are the World Cup snitches going to last more than 30 seconds? This seeker lineup is absolutely absurd. Just let Stew snitch instead, but like, still get him his trophy.

BD: But damn. Stew is real pretty. I’m not even mad that my girlfriend has his calendar.

SG: Michael Duquette, you were my first quidcrush. I think—considering that Mollie Lensing exists…?

RS: Michael catches bludgers like the rest of the USA catches Pokemon.

BD: Yeah, I’ll take Duquette as best beater in the world. Gosh, the way he plays is beautiful.

RS2: Michael catches everything. Including my heart, omg. ❤ 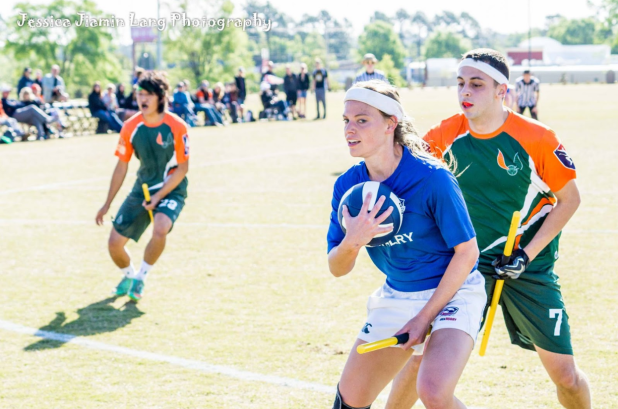 SG: If Kaci Erwin looked at me like that, it wouldn’t just be quaffles droppin’, if you know what I mean.

RS: Just look at that side-eye. She is having NONE of your shit, Mr. Miami person.

BD: Can confirm she is absolutely having none of anyone’s shit. Also, Mr. Miami person is Sean Beloff. Shouts out. ❤

RS2: Actual cutiest patootie on Team USA. Kaci Erwin is a bombshell that also leaves people in awe of her. 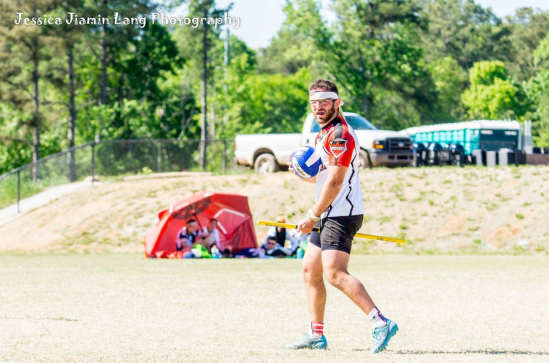 SG: Watching Harry get the team pumped up before its match against Germany on Saturday morning had me feeling a certain kind of way, I gotta tell you. Like. I want him to follow me around and be my own personal motivational speaker.

RS: I just hope that Larry Townhouse doesn’t actually break someone in half on the pitch. I still think it will happen, but…please don’t try to stop him from driving. It just won’t happen.

BD: Let’s just say there are no complaints about how aggressively Harry plays coming from me. 😉 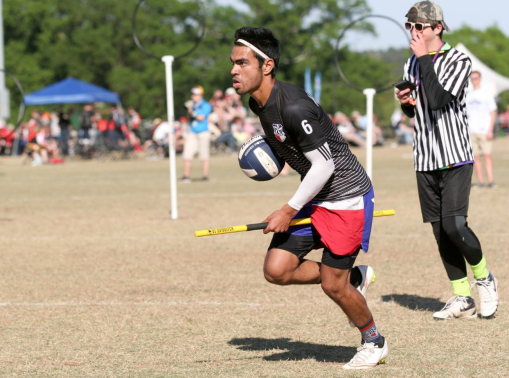 SG: I can’t say anything here or I’ll get myself in trouble.

RS: I can forgive the lack of a beard because of that jawline.

BD: I don’t understand how a human being can be so chiseled that even his jawline looks like that. 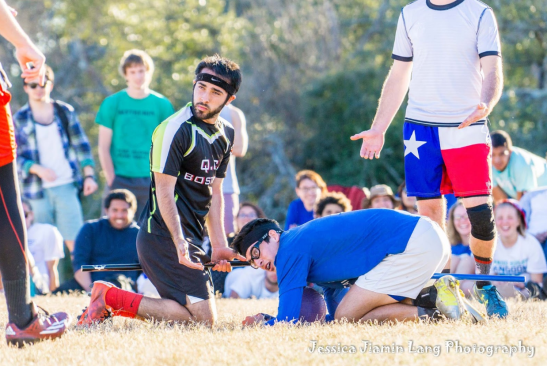 RS: “My name is Max. My world is fire. And blood. Once, I was a cop; a road warrior searching for a righteous cause. As the world fell, each of us in our own way was broken. It was hard to know who was more crazy. Me…or everyone else. Here they come again. Worming their way into the black matter of my brain. I told myself…they cannot touch me. They are all dead. I am the one who runs from both the living and the dead. Hunted by scavengers. Haunted by those I could not protect. So I exist in this Wasteland. A man reduced to a single instinct: survive.”

BD: Honestly, I expect Smythe to write more than that.

RS2: This is Max immediately after reading the post from Team Norway in All The Regions.

SG: Me originally: “Isn’t he kind of a douche?”

RS: The North remembers…how to dunk all day. Shane had better have a triple digit scoring game or I’m gonna be sad.

BD: About a year ago, this time, I was telling people that Shane might be the best two-way player in the Northeast. He’s been exceeding my expectations since.

RS2: I’ve once seen Shane drag an entire defense with him to the hoops and score. He’ll also be dragging the hearts of quidditch fans everywhere with him. 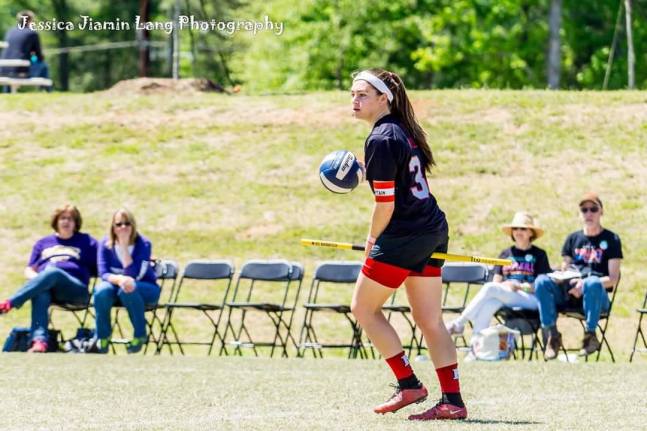 SG: Lindsay, why are you so nice AND pretty?

RS: Honestly I don’t even know if Lindsay made this team as a chaser or beater because she deserves it either way. Maybe both? Both is good.

BD: I think she made it for being a total babe! Lindsay’s so great; she gave me a red card, and I apologized to her.

RS2: UGH, what a babe. Fun fact: Lindsay and I are both members of a group chat where we all give each other relationship advice.

SG: Turtles, you are honestly #goals for me.

Or, ya know, give her a bludger and let her rain fire.

BD: Tbh, every time I see Turtles, I think I say the same thing: “Imma need a second.” 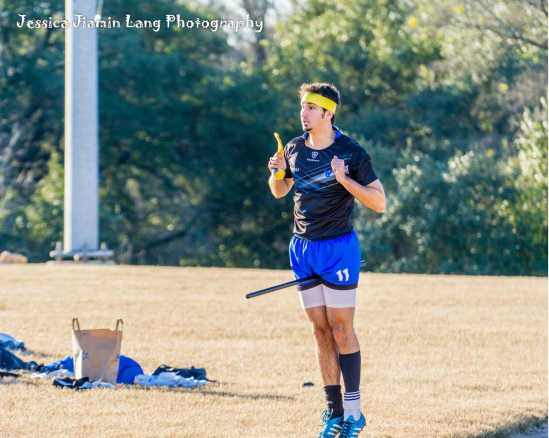 RS: Someone should just let Yada know where the 2018 World Cup will be so he can start making his way there. At this point it’s going to take him losing a limb to take him off the roster.

BD: Fun fact: only three things in the world make me happier than Yada hugs. ❤ 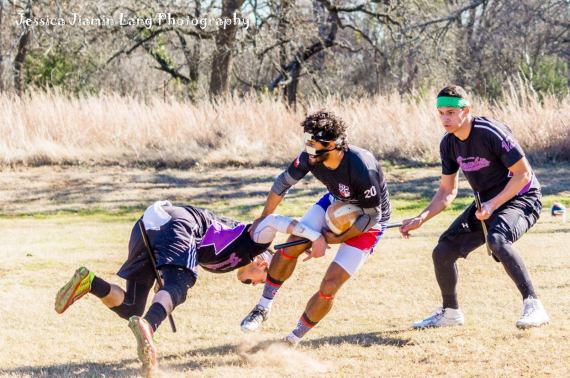 SG: Simon is the kind of guy I would have cut out of a magazine and taped to my wall in high school.

I mean, the fact that he may or may not be my desktop wallpaper right now means nothing.

RS: Those calves…everyone needs goals, and you’re looking at them right here.

BD: I feel like this photo, and every other photo, of Simon can be posted with no commentary. Hot dayum.

RS2: Simon is in contention for the most attractive player in quidditch, seriously. Like…this man is a marvel of human physical perfection. 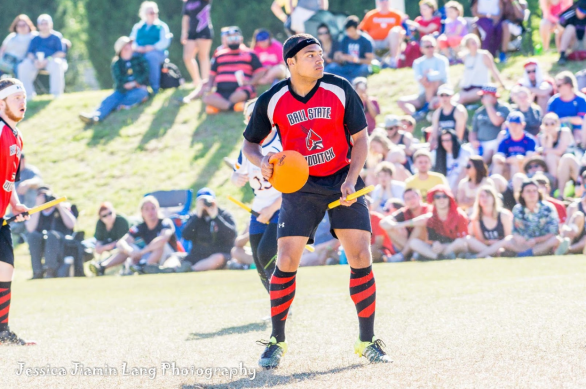 SG: I met Tyler at Mid-Atlantic Fantasy 2013 and knew immediately that I was in the presence of something incredible. He’s a wonderful guy with an arm that I’m pretty sure left a bruise on my leg for a month. Totally deserves the hype surrounding his name and is proving that he deserves his place on this team with every game.

RS: I tried tackling Tyler once. It didn’t work.

BD: I think Tyler is possible the most perfect person ever. He’s so wonderful.

RS2: Literally the single most lit member of Team USA. All hail Tyler Walker. Bow down to the King.